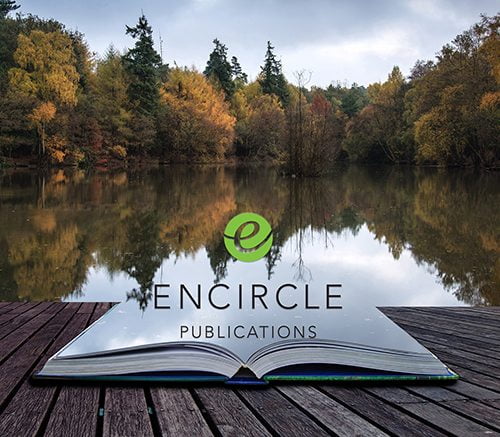 Encircle Publications' mission is the brisk and continuous growth to a robust catalog of trade fiction mystery titles, and other popular genres, including poetry. We seek to craft a diverse catalog from established successful authors in a variety of formats that readers will want to return to and select from again and again.

We believe in a culture that encourages independent growth through education and training, and we provide the support to help foster that environment. We affirm our commitment to maintaining a culture where the thoughts, personal goals, and ideas of all employees are heard and respected. We also affirm a commitment to our authors as partners in our success.

We believe in building a company that always engages our sense of excitement for great stories and great writing. We seek to preserve our love of challenge and growth so that we’re always delivering quality books by authors that people love to read. 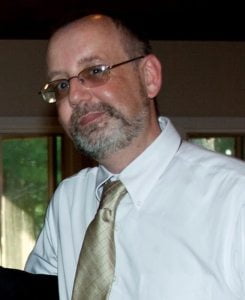 Eddie Vincent, co-owner of Encircle Publications LLC, has been in the publishing for over thirty years.  Eddie serves on the board of Independent Publishers of New England (IPNE). 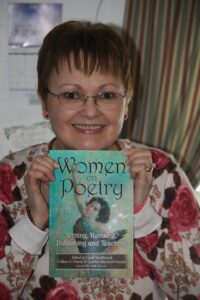 Cynthia Brackett-Vincent, publisher/editor of the Aurorean poetry journal since 1995, holds a BFA in Creative Writing with a minor in Psychology from the University of Maine at Farmington and an AA in Social Sciences (Quincy College, MA, where she served as an editor of Stepping Stone and a member of Phi Theta Kappa). As well, she studied English at Bridgewater State College in MA. Cynthia serves as the Lead and Acquisitions Editor for Encircle Publications.

A Pushcart Prize nominated and award-winning poet, Cynthia has had over 100 poems published in such journals as Avocet, Decanto (United Kingdom), frogpond, Yankee, and Ibbetson Street; in her chapbooks, Questions About Home, and the 95 Poems; and in the online journals, Mannequin Envy, The Orange Room Review, The Penman Review, Pirene’s Fountain and others. Her nonfiction and poetry appear abroad. In 2001, she co-founded the Tidepool Poets of Plymouth, MA. Cynthia has judged poetry locally, regionally and nationally for such contests as the Writer’s Digest annual writing competition. Her co-edited anthology, Women on Poetry: Writing, Revising, Publishing and Teaching (McFarland, 2012) was named “One of 100 Best Books for Writers” by Poets & Writers magazine.

Michael Piekny, Editor, is responsible for acquiring, editing, and promoting many of Encircle’s titles.  In addition to Editorial work, Michael handles a variety of business development projects for Encircle. Prior to joining Encircle, Michael founded the professional editorial firm Hub Edits where he works with clients on various projects including editing, ghostwriting and author development. His editorial clients have been named to numerous book lists and bestseller lists.  Michael is also on the Board of Directors of the Independent Publishers of New England and on the Editorial Board of the online literary magazine, The Fictional Cafe .

Deirdre Wait, Art Director, has been a graphic designer for more than 25 years, and a book cover designer for almost 18. She got her start as a newspaper advertising designer with Community Newspaper Company (CNC) in Massachusetts, eventually becoming a senior designer responsible for some of CNC’s top clients as well as promotional and marketing materials for the company. To expand her design and layout skills, she also worked in the editorial department as a paginator. That job led to a position with Wheeler Publishing—then, a small independent Large Print publisher—as a book paginator. After Wheeler was purchased by Thorndike Publishing in Maine, Thorndike hired Deirdre as a freelance book cover designer, and her main focus has been designing for and promoting books ever since. She and her husband Christopher—also a graphic designer—under the business name High Pines Creative have designed covers for Five Star Publishing, Thorndike Press/Wheeler Publishing, and Encircle Publications, as well as a number of independent authors.

Christopher Wait, Graphic Designer, has been a graphic designer and a book cover designer for more than 25 years.

The seeds of Encircle Publications were sown in the State of Massachusetts. Our owners Cynthia Brackett-Vincent and Eddie Vincent are originally from Falmouth, and Plymouth, respectively. Cynthia began her journey by starting founding the Aurorean poetry journal there. Twenty years later the Aurorean is now known and hailed as “New England’s premier independent poetry journal.” Eddie started out in a family newspaper business, and then became an art director for a small publishing house. When that publishing house was sold to Thorndike Press of Waterville, Maine, the Vincents packed their bags and made the move north. After a few years of working for Thorndike Press as their art director, Eddie joined his wife Cynthia and built a flourishing poetry publishing house.

In late 2016 Encircle Publications discovered an opportunity to work with an established group of successful published mystery authors and started the process of re-branding itself to reflect a new venture into trade fiction publishing with a focus on the mystery and historical fiction genres.